By His Stripes We Are Healed 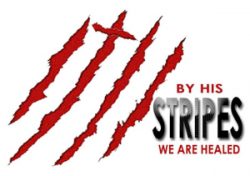