Jesus at our table 4: Sharing Life 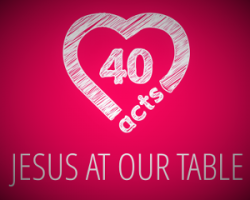 We’re in a series throughout Lent looking at some of the many times Jesus shared meals with people. In today’s passage from Luke 14, Jesus is again a guest at a Pharisee’s house. For his host, it’s turning into a dinner party to remember – but for all the wrong reasons!

Jesus at our table 1: Community

As well as being Valentine’s Day, today is the first Sunday in Lent – the 40 day period in the run up to Easter which Christians have traditionally used to prepare themselves. It’s an opportunity to meditate on Christ’s generosity; reflect on the meaning of daily being with Jesus and on the significance of the [ more… ] 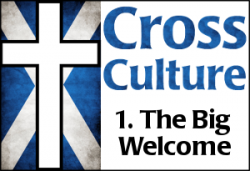 What’s the secret to life? What’s the one thing that we need to stick to, to make sense of everything? That’s the question facing two women in our passage today. We’re in the middle of a series looking at Luke’s account of the life of Jesus, and today we’ve reached Luke 10, where Jesus drops [ more… ]