So, you think you know Jonah?

‘Everyone’ knows the story of Jonah; children still hear the story and often as adults we remember it with some fondness. Jonah, the man who tried to run away, the many who was swallowed by a great fish, the man who eventually obeyed. Jonah the moaner! A source of fun and one of the easier [ more… ]

The Jonah Adventure: 4 – Who matters to God?

Most of the Old Testament prophets were, to put it bluntly, a little odd at times. Jonah certainly had his moments too – but as we come to the final chapter in his adventures, we maybe feel a bit sorry for Jonah as his theological world crumbles around him. What happened to God’s justice, to [ more… ]

Jonah has survived his three day underwater cruise in the great fish, and has been dumped unceremoniously (and in a rather unpleasant way) back onto dry land. Now God is going to try giving him his mission once again. How will Jonah respond this time?

The Jonah Adventure: 2 – Desperate for God 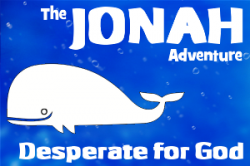 Last week, after Jonah had tried his hardest to run away from God’s call, we left him sinking down into the depths of the sea and about to drown. Will our not-very-heroic hero survive another chapter? We’ll see… 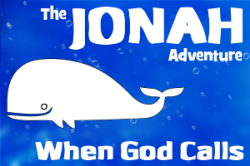