Advent: Living in Between – 1 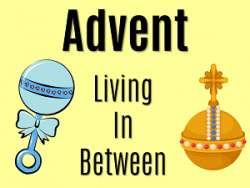 Today is the start of Advent – the four weeks in the run up to Christmas. The word Advent just means “coming”, and it’s a time not only to remember when Jesus came as a baby, but also to prepare ourselves as we await his coming as the King of Glory. One has already happened, [ more… ] 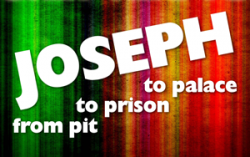 At last, Joseph has made it. He’s the prime minister of Egypt, his plans to save the country are working, and now he has the opportunity to get his revenge on his brothers. What will he do?

Joseph in the Palace

We’re continuing our series looking at the life of Joseph, a young man who despite periods of extreme hardship, injustice, wealth, power and opportunity, managed to respond to life on the basis that God was with him. Today, Joseph at last gets out of prison – but is it out of the frying pan and [ more… ]

Joseph’s circumstances have gone from bad to worse, having been framed for attempted rape and thrown into prison. With all that going on, how can the Bible possibly say that “God was with Joseph”?

Joseph in the Pit

Today we’re starting a new teaching series about the man with the flashy coat – Joseph, son of Jacob. Joseph went through some horrendous circumstances in his life, but managed to cling on to hope in all of them. How did he do that? What was his secret?