Upside Down: 3 – Happiness is…

We’re in a series looking at the most influential sermon of all time – Jesus’ Sermon on the Mount, in which he announced the arrival of God’s upside down, life changing Kingdom. He begins with a series of radical, counter-intuitive statements which have become known as “the Beatitudes”, which are what we’ll be trying to [ more… ] 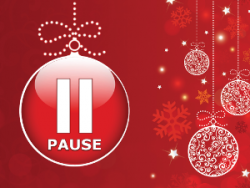