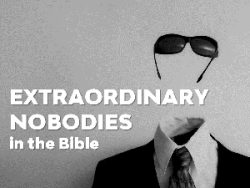 We’re in a series called “Extraordinary Nobodies”, looking at some of the “minor” characters in the Bible – what Hollywood might call the “bit players”. That’s kind of a loose description though, because God has a habit of taking some of those minor characters and giving them huge impact in the most unlikely ways. Like [ more… ] 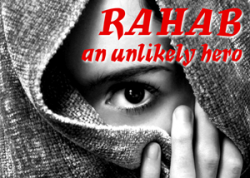 God chooses some extra-ordinary people to play parts in his story. His choices are often, to say the least, bewildering. The Bible is full of examples of people like that; but one such person that we don’t often think of, and yet was a highly unlikely hero, was Rahab of the town of Jericho. We’re [ more… ]