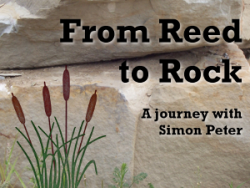 Our final look at the life of Simon Peter.

We’re in a teaching series following the life of Simon Peter, the most well known of Jesus’ disciples. Although Easter is past, we’re going back to a previous episode in Peter’s life, where he takes a literal leap of faith into the Sea of Galilee. Good move? Bad move? Too risky? Too impetuous? See what [ more… ]

Do you think you have potential? God thinks you do! As we move into Lent and start preparing for Easter, we’re going to spend some weeks looking at the life of a young man called Simon Johnson, who – despite appearances and frequent evidence to the contrary – God knew was going to grow into [ more… ]